Transquinquennal / The final piece of the jigsaw

Transquinquennal loves being where you never expect them to be, or almost.

They approach a play like a thought experiment similar to Schrödinger’s cat (who is both dead and alive in its box) or Buridan’s ass (who is dying of both hunger and thirst because it can’t make up its mind between hay and water): they put their finger on absurdity, the prevailing schizophrenia and the representation of reality.

They think through, foresee and conceptualize everything, down to their very own end (claimed, assumed, provoked); and at the same time they constantly yearn for the mishap, the event, the prism which will more or less make them stray in order to better journey to where they had to go.

They do theatre, that’s undeniable. Their range of intervention is wide, very wide (it clearly goes way beyond the simple fact of being on the stage, of acting, creating, etc.), but above all they are slightly masochistic, because in fact they don’t love it, they don’t love theatre.

At least, not really.

Not any old type of theatre.

So they create theatrical stage objects which are themselves, but which are not them, and vice versa, and which stretch the limits of the genre.

They are not directors, not authors, not actors, not artistic directors, not company administrators, not dramaturges – they are all that at once. They take on texts by contemporary authors (Savitzkaya, Blasband, Spregelburd, Piemme and Pourveur, all living) with both respect and freedom, but they won’t hesitate, in a delicate balancing act they assume completely, to surf the Web in search of the strangest, most absurd stuff for use as an element of reflection and a subject of wonder: Korean children in the middle of a performance, the delighted (and harrowing) beatitude of a man looking at a double rainbow, etc. These are all pretexts to question beauty, good and bad taste, etc.

A huge burst of laughter fills the core of the collective, it seems – Kunderian laughter, corrosive and uncompromising humour, which never dies out, even when overwhelmed by grave subjects. One cannot take oneself seriously, but one must do things seriously; one must follow ideas through to the end and do so methodically, that is, any old way sometimes. Laughter that is often the outcome of a succession of situations that flirt with absurdity, nonsense, a sense of play in non-play. There is something of Peter Handke’s Offending the Audience in their approach, something that considers everything fair game, cancels itself out in order better to exist, something that puts its finger on the rusty machinery of the functioning that is ours at all levels, but whose target is entertainment (while avoiding, while mocking, obviously, the stupidity that often accompanies it). There’s never a dull moment with Transquinquennal, or else it’s done on purpose.

Founded in 1989 by Bernard Breuse and Pierre Sartenaer (who later withdrew), today the collective is composed of Bernard Breuse, Stéphane Olivier and Miguel Decleire. They act as one, a Hydra with three heads or more, depending on whether they join forces with one or other company from here or elsewhere. They have collaborated on many occasions, with Dito’Dito, (the late) Groupe TOC, Tristero, and many more.

The word ‘collective’ takes on its full meaning with them.

Their shows are born of constant and uninterrupted discussions, shows which are in a sense extensions of their reflections, taking place in an even wider collective, which brings together actors, performers and spectators. But can we talk of actors and spectators in their case, with regard to the experience they propose on stage, whether in Capital confiance, Quarante-et-un or We want more? If there is indeed a geographical and physical distinction, it tends to fade in the course of the show, turning the spectators, whether they like it or not, into an element of the ongoing event.

They don’t hesitate to give the spectators a measure of power whose use in the course of the performance is risky but determining (not least in Capital confiance, where a button literally allows the audience to put an end to the show).

And there are abundant examples.

In Zugzwang, the company’s flagship show, created in 2002, clearly, the borders have purely and simply been abolished. Stage, theatre and outside world are inhabited by characters whose stories are interwoven, tied together in the course of the representation. What is on offer is an encounter, a state beyond conventions that takes the latter into account in order to better drag them over the coals of dramaturgic blatancies. In We want more, it is the gregarious instinct that is summoned, repetitiveness that is questioned, ad nauseam sometimes, but joyfully. The spectator is both an accomplice to, and a prisoner of, the representation.

With À vous de choisir (It’s up to you), they sailed very close to the wind in suggesting that the play, which was to be created at the Théâtre de Liège in January 2016, was to be chosen by anyone who wanted to, by means of a vote, from a pre-established list, it is true, but for which everything remained to be done. Orson Welles’ Moby Dick – Rehearsed was the ‘prize-winner’, and the play was put together in record time (six weeks to have it translated, come up with a set design, produce the stage direction, rehearse, etc.). A risky business, to say the least; audacious, to say the least; an absolute theatrical event, to say the least, in that it renders visible what is ordinarily hidden (this whale which we could not bear to see?): the whole process (or its representation, at any rate) which underpins the practice of theatrical creation.

Transquinquennnal, at bottom, has never stopped demonstrating that it is not only the ‘result’, the ‘product’ which matters (even though it is not be neglected, of course), but that it concerns a journey, an experiment, flirting with risk, a controlled provocation. At the heart of their approach there is often a constraint, a stimulating constraint, as well as a doubt, a questioning of the established order. Are things as straightforward as they want us to believe?

And what about all this mess?

The question that permeates the work of Transquinquennal is the same question that asks what theatre is today, what representation means, what this particular, unique, virtually irreproducible moment adds up to, this moment which gathers a group of actors-performers and an audience in a shared space-time. From one show to the next, the form is always underlined, it vitalizes and irrigates the basic questions that are raised: what impact did the crisis have on us? What is beauty? Is war ubiquitous? What is Europe? Who are we? Where are we going? What does it mean to die?

Transquinquennal today has more than 41 shows to its name (including Zugzwang, Les B@lges, Chômage, Blind date, Coalition, Capital confiance, La Estupidez, Quarante-et-un, We want more). Each show has left its mark in its own way on Belgian French-speaking theatre.

And several others are currently being prepared.

The final ones, in fact.

The question which worries every company (or any person involved in a creative process), at least a little (even if it is not always easy to admit it, but no matter), is: ‘how to endure?’

And this questioning carries within it all the energy necessary to every undertaking of permanent renewal which every artistic practice should be, but also all of the potential of desire being crushed, of a levelling by the ‘same’, even if it (or they?) is (or are?) established unconsciously and blindly.

In the coming five years, Transquinquennal intends to settle this problem in a radically postmodern manner, by stating in its project/programme ‘Changement à vue’ (application file for a contract-programme with the Wallonia-Brussels Federation) that, as of 1 January 2023, it wishes to bring to an end the adventure which binds them.

After decades spent fighting as best they can against the centrifugal force of conservatism, within the perspective of this scheduled theatrical hara-kiri they envisage finding the pathway to ‘sublimation’, ‘moving from a solid state to gaseous state,’ throwing the doors wide open to the new, bolstered by the past, and fully experimenting at last with the end of the representation begun in 1989.

And Transquinquennal will no longer exist.

‘Transquinquennal will perform an act of forgetting.’

In Life, a User’s Manual, Barthebooth dies in the last chapter. In front of him there is a jigsaw, an almost completed jigsaw, the final jigsaw of his announced plan of the scheduled destruction of his works. There is just one piece missing. The hole is in the shape of an X. But the piece, the final piece which he is holding in his hand, is in the shape of a W.

Oh, the pleasures of irony.

And Transquinquennal roars with laughter.

Our website was designed by Nicolas Rome and created with the support of Bruxelles Invest & Export. 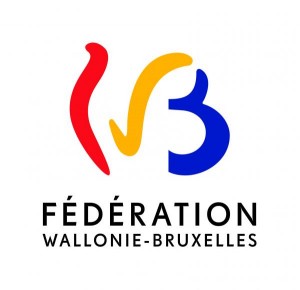