Warning: count(): Parameter must be an array or an object that implements Countable in /home/customer/www/transquinquennal.be/public_html/wp-content/themes/transquinquennal/single-spectacle.php on line 39 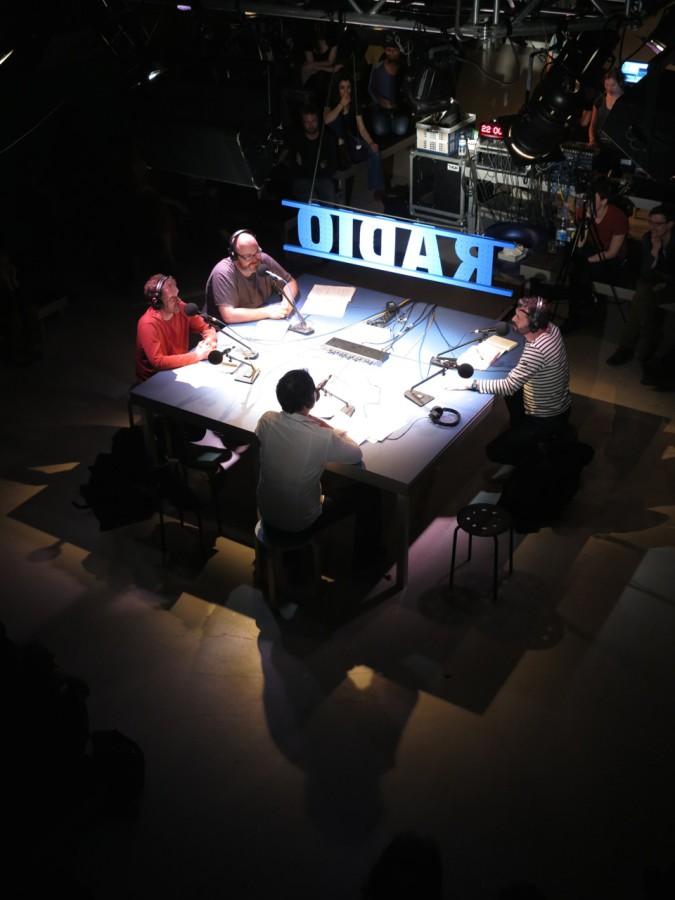 It’s been said before, and more than once, that ‘criticism is easy, but art is difficult’ and also that “if you want a job done well, do it yourself.’ Alphonse de Lamartine even added that ‘criticism is the power of the powerless.’ In May 2014 at the Kunstenfestivaldesarts, Transquinquennal will present its 41st show, the appropriately titled Quarante-et-un (Forty-One). For the Monophonic festival, this Brussels-based theatre company will attempt to review the show. To say good and bad and indifferent things about it. Transquinquennal will propose an improvised show in the form of a radio programme presented by Thomas Baumgartner, writer, journalist and radio producer. This original and performative programme will resonate with the company’s new show, Quarante-et-un (Forty-One), presented in the context of the Kunstenfestivaldesarts at Théâtre Varia from 2 to 7 May 2014.